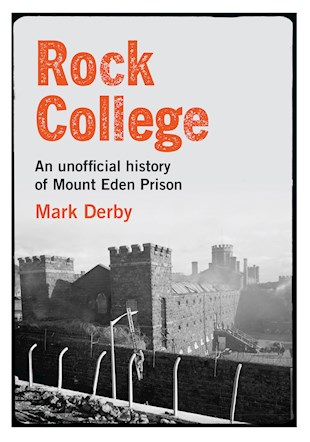 Grim, Victorian, notorious, for 150 years Mount Eden Prison held both New Zealand’s political prisoners and its most infamous criminals. Te Kooti, Rua Kenana, John A. Lee, George Wilder, Tim Shadbolt and Sandra Coney all spent time in its dank cells. Its interior has been the scene of mass riots, daring escapes and hangings.

‘If you want to know what it’s like inside that place, this book is the next best thing to a ten-year stretch’ — James ‘Diamond Jim’ Shepherd, former inmate of Mount Eden Prison

‘This is truly a detailed history of an unsavoury subject, the scope of which is quite remarkable.’ — Otago Daily Times

Mark Derby is a New Zealand writer and historian.